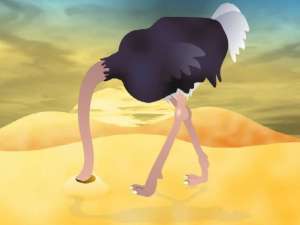 Or why it is that the leaders of Israel and Palestine can never bring themselves to make bold statements whilst they are in office.

With the latest “Yom Kippur Riot” in Israel, we are brought back to the harsh reality that the conflict is not yet solved and far from being so. Sadly, this also reminds us of the Yom Kippur War in 1973, when the Arabs attacked the Jews on their day of rest, on which the whole country grinds to a holt, hoping this would give them the upper hand. Why bring us back to such an image, remind us of the past woes, when they world is desperately trying to bring this conflict to an end?

I understand that both sides feel very strongly about this issue, but surely this does not justify acts of provocation on a religious holiday, what more the most important Jewish holiday of the year. Although the man in question who drove in Acre was apparently of Arab origin and simply driving home, it is a known fact that Israel draws to a stand still during Yom Kippur and that driving would be considered an offence. Nonetheless, his actions did not deserve the large scale reaction they got, resulting in him being assaulted by youths. What both sides fail to realize is that they are not doing themselves any favours by acting in this way, serving only to accentuate their negative image abroad and deepen the rift between both sides.

What hope is there for the resolution of this conflict in the near future? As the Economist points out, Tzipi Livini, Israel’s new prime minister, will have a hard task of creating a government in the upcoming weeks. Not only that but if she succeeds, she will of course be subject to the demands of the parties within the coalition, some of which will not be privy to making concessions on the peace process front. Furthermore Ehud Olmert recently made some bold statements on what he thought should be done in order to solve the conflict, but in a “leaving statement”, once he had resigned from the post of prime minister. One wonders, really, what the point is.

It is sad to think that the only time Israeli or Palestinian leaders will feel safe enough to utter their opinion, is once they are out of office, a point the International Herald Tribune doesn’t fail to pick up on. Sadly, it is too late by then. Even if their words may shock the public, they do little else. Ehud Olmert is no longer in a position to do anything about the statements he just made, yet when he was, he did not dare to make such a move. Who knows what Livni has in store, but it probably won’t be half as bold as what Olmert has said. No Israeli leader wants to be the one who gives away Israeli territories and gives in to Palestinian, as well as international pressure, understandably so. And yet it will have to be done eventually.

With the financial crisis now at its peak, attention in the international arena is focused elsewhere. Israel must also focus upon the economic crisis, which is affecting more and more countries across the world, whilst the US and the EU who usually put some impetus into the peace process, are looking elsewhere. The US is also fully focused on its fast approaching presidential election. Considering this latest turn of events, it could be months before the international community decides to “have a go” at the peace process again. Between now and then who knows what may happen internally in Israeli politics?

The risk of turmoil is always high, danger always at the next corner as the latest riot has showed us. All we can do is hope that things will calm down, and that Livni may show the courage Olmert did not have, by using his remarks as a ground for her approach to the peace process.