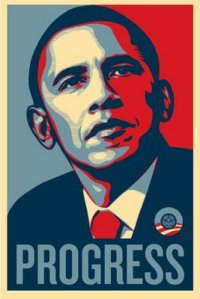 Who will be America’s next president?

It’s time for Americans to go out and VOTE!!!

I cannot urge you all strongly enough to go and vote and remind you how important this is. Today is election day in the US, and we are looking at what most newspapers and sites are calling the most historical election in US history. If Barack Obama wins this could also make history in terms of international relations.

There is no point, I think, in my analyzing both candidates and talking about their pros and cons. Most people now will have made their decision and are queuing to vote. Voting is such an important and crucial thing, it is our duty as citizens to vote. One cannot complain about what is wrong in society, with our governments, and then sit at home and not vote. No matter what people think, voting does make a difference and it does allow us to have a say. It is our decision to vote and the vote that we cast that can change things. If you are old enough to vote and have this opportunity then do it. If you are not old enough I hope that this election has stirred up so many emotions inside you that next election you will be sure to vote. One should never sit back and think that the election is won in advance by candidate A or B. That is how Jean-Marie Le Pen reached the second round of the French presidential election in 2002, so make your vote count!

Obama has received endless backings, including this week’s Economist who has finally endorsed Barack Obama as next president of the US. The whole world, or most of it at any rate is waiting, sitting on the edge of their chairs, to see who America will choose in the end. It is going to be a close draw, and its outcome will be important. America is ready for change, it needs it. But are the Americans? Of course, the Bush administration has left behind a nasty trail, and bad memories. Of course, John Mccain has Sarah Palin as his vice-president and both of these facts play in favour of the Democrats. Barack Obama is a symbol of change and American maturity, in the simple fact that he is a black man and could possibly be America’s first black president. But are the americans really ready for this? The question remains, how many of them say they are but secretly are not? How will they feel being represented accross the world by Barack Obama? We can only wait and see…

Please keep yourself informed and up to date and follow the US elections today even if you are not American and can’t vote today. You can do so through our usual news websites and references:

What the international press has to say about election day 2008

And finally, a fun, lighthearted but nonetheless cool video: