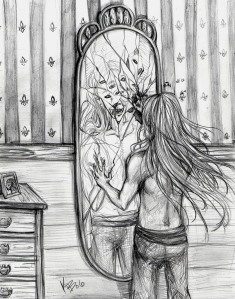 Or in other words, the power of the media in political and public relations

Le Monde of November 5th has an interesting article (that I can’t actually find online) on how Obama’s campaign inspired Mr. Sarkozy’s counsellors. The reason this draws my attention is because for quite a while now I have been interested in the link that exists between the mass media and politics. In my undergraduate dissertation, I tried to prove that the reason Jean-Marie Le Pen had managed to reach the second round of the French presidential election in 2002 was because of media coverage and the effect it had on the voters.

Le Monde’s article talks about the Obama phenomenon: how did it happen? How did he manage to become so immensely popular and have such a huge rise to success? It suggests that this is linked to the specific nature of American political campaigning, especially during presidential elections. It is a well known fact that in America the plugging of the presidential campaign is huge. For example, there were three presidential debates as well as a vice presidential one. And one need only look at pictures of the Democratic National Convention to see what an immensely mediatised event this is. As Le Monde says, “Obama is entertainement”.

Now it’s true that it is important for a political leader, or someone who aspires to this role, to have charisma. It is important, for voters must feel a connection on some level with the candidate. They must be able to understand, trust and admire. They must be inspired! Would you vote for someone you felt was boring? Of course not, and we can see this in most heads of state today. The candidates who were deemed less interesting and got voted out were probably those with less charisma. Take Gordon Brown for example: it has always been said that he lacked the charm and charisma of Tony Blair, and even though he may be good at economics, he went through a huge loss in popularity.

The book I am currently reading called “A death in Brazil”, mentions the Brazilian presidential elections of 1989 and how it came to be that Fernando Collor was elected president. As the author describes it, Collor’s election was a result of manipulation and great bribing on behalf of PC Farias, the man behind Collor’s victory. Here he goes on to describe how by becoming an insider on the Globo TV network and a friend of the owner of the company, Collor managed to guarantee himself success. He got more airing time, the TV cut clips of Lula (Collor’s contestant at the time) and made him look bad, as they made Collor look better and enhanced his reputation. His life was mediatised and he was constantly in the public eye. By so doing he managed to maintain popularity and to be omnipresent in people’s day to day lives (the Brazilians being obsessed with soap operas as described in the aforementioned book).

Sarkozy too, understood the importance of the media even before Obama’s success. During his own campaign he was successfully in the media every day. He was mentioned on the radio or on TV, could be read about in the papers. And even once he was elected he continued to be so avid of press attention that he earned himself the nickname of the “président people”. In fact, he was so occupied with being in the press that he was highly criticized for it. That being said, Le Monde concludes in it most recent article, that given the interest by Sarkozy himself as well as his advisors in Obama’s campaigning strategy, that the 2012 french presidential campaign may have “a very strong American influence”.

So what we must ask ourselves, is: what can be said about the link between the media and politics? It is obviously important, but is it right? Are we being manipulated by the media into believing X is the right candidate? How much hold do the political parties have over the media? Do they censor or do they allow free reign? In particular, what is the direct influence of media coverage on people’s voting behaviour and thereby election results? Even though we live in a democracy I feel that these questions are important and should be asked. I feel that there is a deeper link between politics and the media than is admitted and that we should get to the bottom of it. So we should keep an eye on upcoming political developments be it in France or elsewhere, and see what happens.

One thought on “Mirror mirror on the wall, who’s the greatest of them all?”